In 2019, we've opened a new location for the production of gear parts and gear components in Serbia.

KOEPFER Engineering GmbH was founded in 2016 with a focus on the development and optimization of gear and transmission applications.

KOEPFER Gear GmbH became part of KOEPFER Holding GmbH in 2013 with the takeover of the steering wheel production side of the company Getrag in Ludwigsburg. 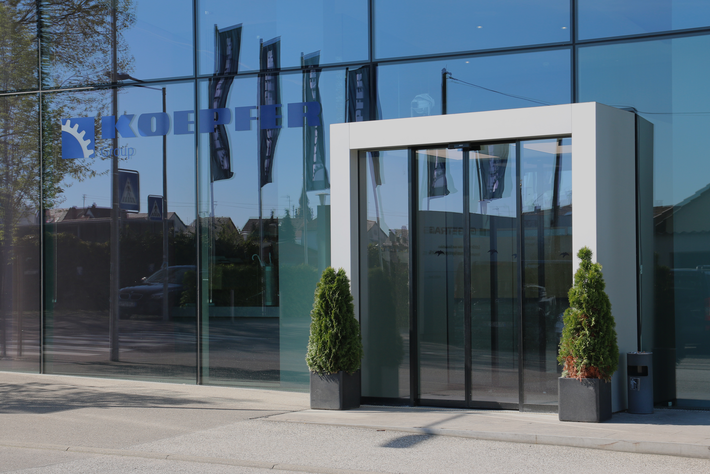 The first KOEPFER Group plant in China was opened at the beginning of 2013 in Jintan, approximately 200 km from Shanghai.

The company EMAG KOEPFER Verzahnungsmaschinen has been part of the EMAG Group since the division of its machine construction and parts production activities. All of the activities in the field of gear and transmission production were brought together under KOEPFER Holding GmbH in 2013 and are run as an independent company.

In 2005, KOEPFER Verzahnungsmaschinen and KOEPFER Zahnrad- und Getriebetechnik became part of the EMAG Group in Salach.

KOEPFER Verzahnungswerkzeuge GmbH merged with IMS Gear Cutting Tools in 2004 to become IMS KOEPFER Cutting Tools GmbH. Since 2013, this company has been part of the Gleason Corporation.

Relocation of gear-cutting machines to Schwenningen

KOEPFER Verzahnungsmaschinen GmbH relocates to Schwenningen to devote itself to the development, production and assembly of high-quality, high-performance gear-cutting machines.

With the development of new PLC and CNC control, new 153/173 gear hobbing machines were brought onto the market in the 70s and 80s. This pioneering development in hobbing technology represented a milestone in the history of Jos. Koepfer & Söhne. Thirty years after their introduction, these machines are still carrying out their tasks today on every continent.

The war had forced Jos. Koepfer & Söhne GmbH to stop development and construction in the field of machines for making gears. After 15 long years the company brought the first postwar model, a machine in the 150 series, onto the market in 1955. In the field of gear production, it was mainly gears for the electric power tool industry and for the domestic appliance industry that were manufactured at that time.

When the four sons joined the company, it was renamed 'Jos. Koepfer & Söhne'.

Production of the first gears

In light of the constantly rising demand, a larger building with a water-powered system was constructed in 1877 on the “Dorfmatte” in Unterallmend.

Even at this early stage, the three-pronged production program of the company was in place. Mills and tools for the watch factory were made and the machines required for this were constructed in-house, including special machines for clock-making.

In 1867, Josef Koepfer set up a small workshop making tools for watchmakers in the house of his in-laws.